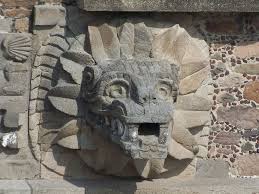 That’s rather funny. Because in actual fact this ‘world’ is going to actually end in a spectacular explosion. There is so much that has been removed from books, it is hard to know where to start.

“SET” is the “Leviathan Class Serpent of the Abyss” which is the Negative Space between Heaven & the Underworld. It is ruled by the Black Sun, home of the Sith (‘vector’ shaped e.t. “The Smokey Sith” are not solid) There is only the descending of behaviors into the most Evil Incarnate you can imagine. As Father of the Branch of Reptiles, he also rules all Demons of the Abyss. He is the Left Hand Path, Service to Self. The Highest Service to Self is Murder of Self or Other. A Sociopath. Hence the master of liars. Not All Sociopaths are Pedophiles, but all Pedophiles are Sociopaths.

In his own arc he is called Lord Abyth Sol (saul) & the Hebrew called him Sol-O-Mon the Wise Serpent. His Sumerian name is An. This is who invaded Earth & created the Coven Age. All Religions & Covens were called “Snake Worship”.

He had two offspring branches, the El(ohiem) “With whom Man is at War with in the War in Heaven” & the Annunaki Owl Race, the Moloch. His offspring were the “3 Ptolemy’s”. “Isis” was her coven name in Egypt & she was his daughter, a fraternal twin & Queen of the Moloch; in Rome “Cleopatra”; in Babylon “Selene”‘; in Saxon “Elizabeth” & the Hebrew called her “Lilith”. Just a few.

The trick is more than just a name game. They have altered definitions & there by altered your concept. It is SET’s Calendar that the mayans use. It tells you on what day he is going to torture you & what torture it will be. The fraternal Twin Ptolemy Philadelphus (Sotter later) Was called “Syn, lord of the Calendar” in Babylon. The Hebrew called him “Ba-El, King of Hell”; in Egypt “Osiris” in Rome “Caesar” – sin tax was his specific ‘fee due’ from the slave population.

The “All Father” is the Father of Man, “Atum” in Egypt, “Adam” in Saxon. We are the Right Hand Path. The term “the Creation” was defined as “A Construct”. The definition of your body is “The Vehicle”. The ‘4 faces of Man’ are the races that have taken possession of a human vehicle. When you leave that vehicle, Mans Exit Gate is the West Gate. In Coptic there is no word “Death”, it is called “Westing”. You return to your incorruptible vehicle…because “Heaven” is the OUTSIDE WORLD. It is out of this construct. This is why it is possible to “Wake to Shame”. “Moon Rising” documentary shows that “NASA didn’t lie about 1 thing, they lied about everything”. It does not work the way you were taught. They lied.

Lilith Stole the Key and locked us in as P.O.W.’s. The “key” was called an “Atuwa” and “Ankh” in Egypt. You have been prisoners of War. Allied objective was to end his cycles & the Covens have fought back.

The West Gate is forming in the Pacific. They are still lying about it. This is the “Mystery of the Egg.” The “Bible (by-b-el”) etc, books – were butchered pieces of the Esoteric Laws.

Eve is called the “May Queen” & it is always May when she enters. The Hebrew calendar starts in September which moved March to the ‘fifth’ month.

We have Won the War. All we have to do is maintain until the Gate opens. At that time the plan is to pull All Life – with exception of Lilith & other like who knew what they were doing and enjoyed the killing to0 much to stop themselves. Elizabeth is Like Jack the Ripper; a very high order sociopath. The Esoteric Law is “All Men go Up”. All have been named out of the construct. The other law is that “SET may do as he wishes to those that Choose him”. And this is why so many ‘wept and wailed when they found out the choice they had made”. It is all about the laws of Energy – of Debt and Equity. We never called him ‘god’ that was a term given by SET. We call him Father, Dad, he is a literal Father and a PERSON.

When all Life is pulled to the outside of this construct; that is when your full memory returns and the ‘veil’ is lifted as the subconscious which stores all memory is reunited with the conscious mind. “We’ll all be Naked” because we are Telepathic on that level. We are all chosen to go up, and each back to their own House – you have a map. Lilith trapped Allies & Foe alike, to increase her food source. Moloch do indeed, eat Children & they wanted a larger human herd to ‘harvest’.

After all life is pulled, this ‘world’ becomes an empty shell of Matter. He is going to blow it up with their own bomb that they built with fractal drilling on the Gulf, all the way up the Continent & the LA sinkhole. As far as I know, anyone who wants to learn a skill (which is what the Creation was used for) or needs more time to repay debts, goes back under the veil into the ‘new world’ – hard reset. The rest take a breather in the outside world – Heaven. They don’t go under the veil again. Outside only 8-10 yrs have passed.